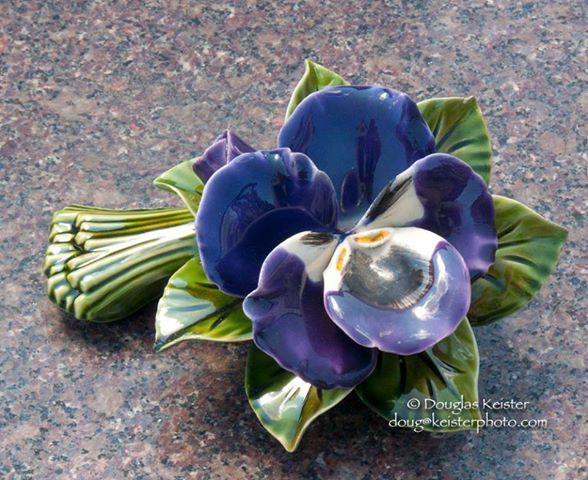 Douglas Keister is an author and photographer I have long admired.  We met in person at a book signing recently in Los Angeles (he lives up north in Chico, CA) and he agreed to share an excerpt from one of his many fine books on cemeteries.

“Cemeteries are virtual encyclopedias of symbolism. The symbols on a person’s tomb may help to tell us something about the life of its inhabitant. Dead men may tell no tales, but their tombstones do. Besides informing us of the person’s name and dates of birth and death, a tombstone often tells us a person’s religion, ethnicity, what clubs he was a member of, occupation and what the person’s thoughts were on the afterlife.

Most symbols in a cemetery have some connection with a religion, but many are overwhelmingly religion-specific, like the cross for Christians and the Star of David for Jews. Generally, these symbols are associated with some sort of religious ritual. But before we present our guide to cemetery symbolism, we must issue a small caveat—a person may have requested something on a tombstone simply because they liked the way it looked and it may have had absolutely nothing to do with their life. This is especially true with flower symbols. But as a rule of thumb, the older the tomb the more likely the symbolism had something to do with the person’s life and his thoughts on the afterlife. For an in-depth examination of funerary symbols, consult Stories in Stone: A Field Guide to Cemetery Symbolism and Iconography. http://bit.do/d8wHv

The pansy, also called heartsease because of its heart shape, is a symbol for remembrance and specifically hearing the thoughts of a loved one. Indeed, the name pansy comes from the French word pensée (thought). It’s said that attending to the plucked blossom enables one to hear a beloved’s thoughts. Pansies are also called johnny-jump-ups, and were first widely cultivated during the nineteenth century, the golden age of the cemetery.” –Douglas Keister

One thought on “Stories in Stone”