Below is a collection of press coverage from various media about Carolyn Campbell’s best-selling debut book, City of Immortals: Père-Lachaise Cemetery, Paris; as well as her GPS Tour App and printed Map of the cemetery.

NOTE TO MEMBERS OF THE PRESS: If you would like to receive a review copy of the book (print edition or PDF) or wish to request an interview with Carolyn Campbell, please contact the author directly. 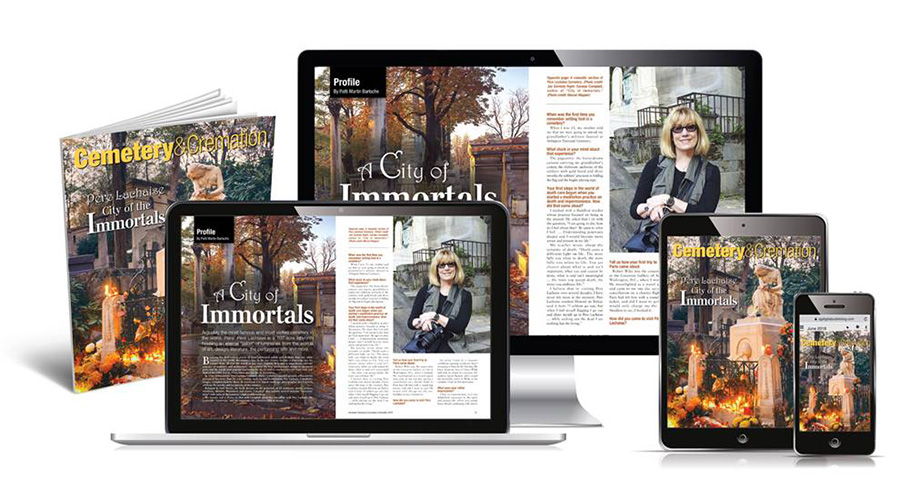 Both cemetery and museum, the often-explored Père-Lachaise cemetery in Paris is a stunning open-air space filled with dazzling sculpture as well as architecture. At over 107 acres, this burial ground of highly celebrated artists, writers, and performers can also be exceedingly difficult to navigate.… 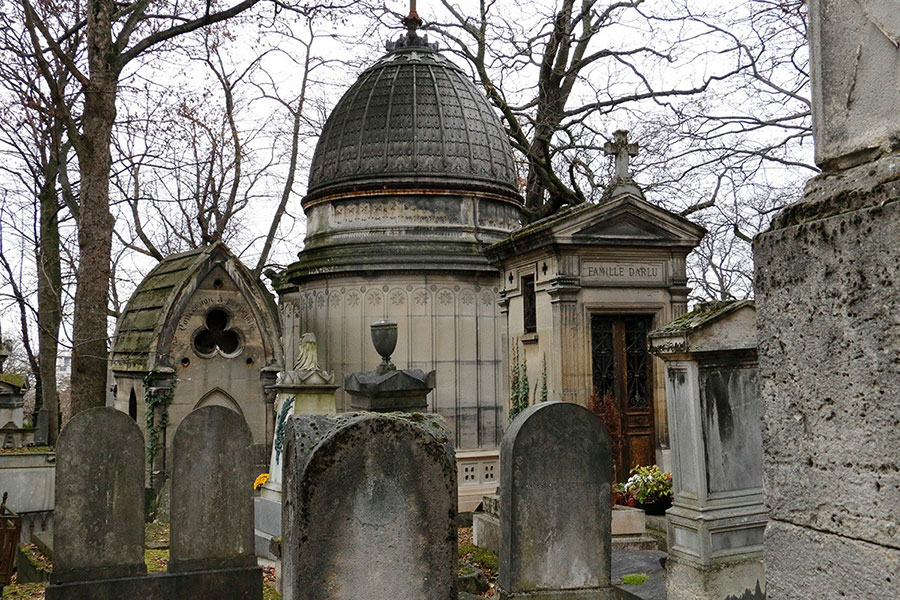 …I grew up surrounded by polymaths. My parents were voracious readers; social activists for everything from civil rights to animal welfare, and were life-long civil servants working for Federal agencies. Mom was also an equestrienne, pilot, award-winning writer, and gifted artist. Dad wrote as well, played the clarinet and taught dancing at one juncture. Both were avid techies long before the Internet and had CB radio-handles such as Mehitabel and The Flying Dutchman.… 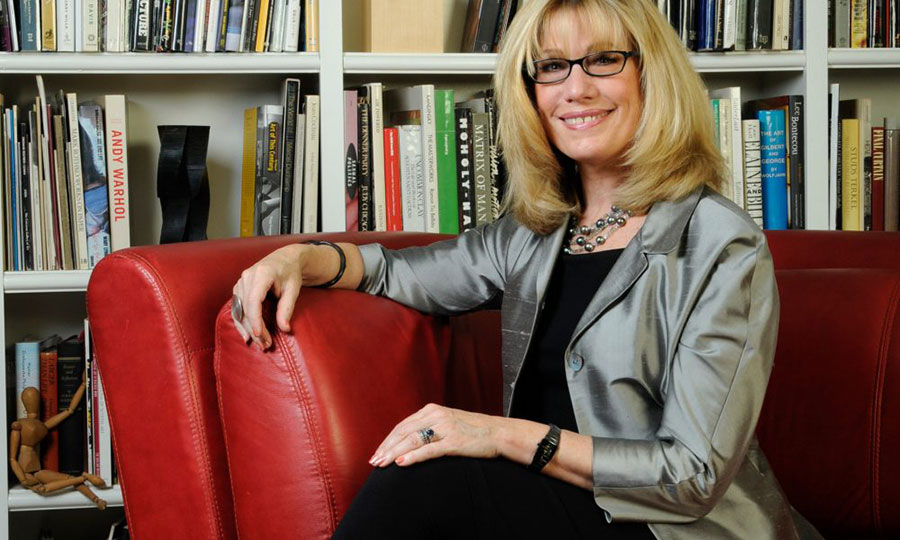 …History, artists, culture, architecture and design have been life-long interests of mine. The cemetery tapped into all thse passions.

After spending close to 80 days over the past few decades wandering around the monuments and delving into the lives of its famed residents, my love of this extraordinary place has deepened immeasurably. From my own observations, I’d say Édith Piaf is the most highly-visited grave by the French and Oscar Wilde by the British.

My research began the first day I visited, some 30-plus years ago.… 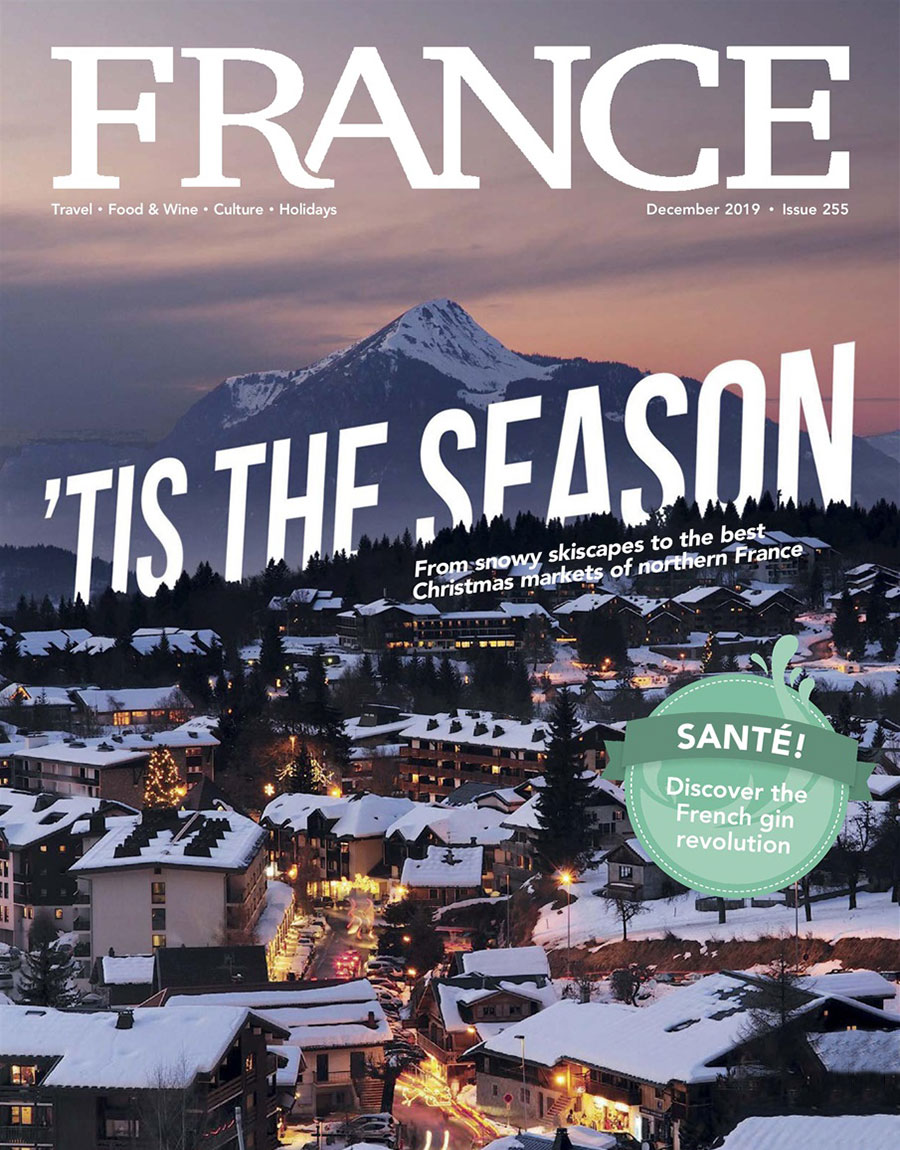 City of Immortals by Carolyn Campbell
By Lesa Holstine

Most people don’t say they’re ready to go to Paris because of a cemetery. I didn’t feel as if I spent enough time at Montparnasse Cemetery when I was in Paris, so Carolyn Campbell’s book made me ready to go back. She has a unique view of Père-Lachaise Cemetery. In City of Immortals—Père-Lachaise Cemetery, Paris, she and photographer Joe Cornish share the result of over thirty years of research about Paris’ most famous cemetery.

According to Campbell, the 107-acre Père-Lachaise Cemetery is the fourth most visited site in Paris, after the Arc de Triumphe, Notre Dame, and the Eiffel Tower. Napoleon Bonaparte wanted a cemetery for the people, and in 1799 there was a competition to create new cemeteries outside the city center. The garden-style cemetery was the first of its kind in the world, although it became a model for others.… 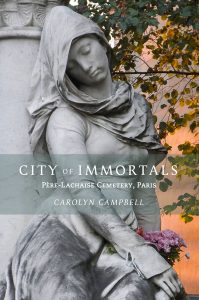 …An engrossing first-person account of this legendary necropolis that will delight Francophiles, tourists and armchair travelers who will be enriched by the art and architecture, mystery and romance of the world’s most famous last resting place. Complemented by evocative images from photographer Joe Cornish. 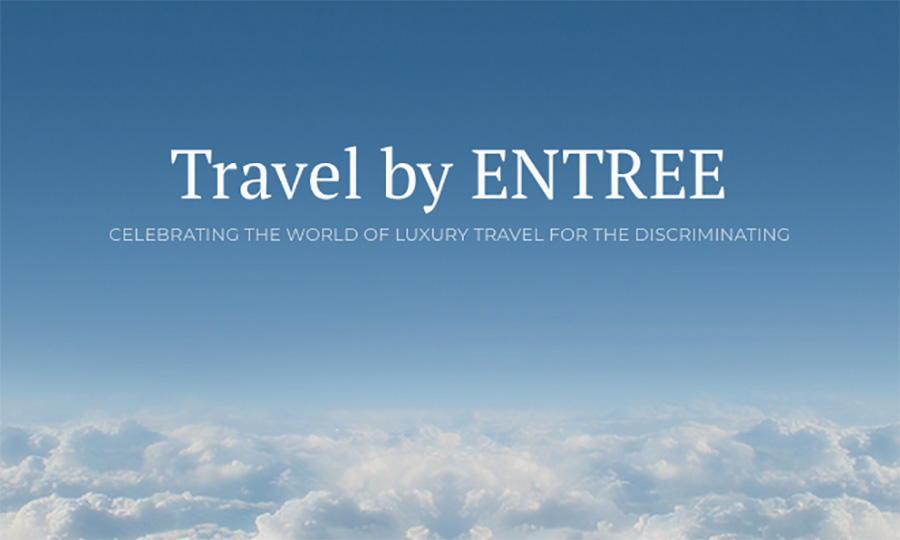 A City of Immortals
By Patti Martin Bartsche

In City of Immortals: Père-Lachaise Cemetery, Paris, Carolyn Campbell presents a first-person account of her more than 30 years visiting, studying and documenting Père-Lachaise. Campbell’s images, complemented by those of renowned U.K.-based landscape photographer Joe Cornish, celebrate the novelty and eccentricity of the cemetery.

Released by Goff Books, the book focuses on the gravesites of 84 architects, artists, writers, musicians, dancers, filmmakers and actors. Campbell also includes several intimate “conversations” with some of the cemetery’s high-profile residents.

We recently had a chance to chat with Campbell about her love affair with Père-Lachaise, the cemetery’s “immortals” and the important role cemeteries play in society.… 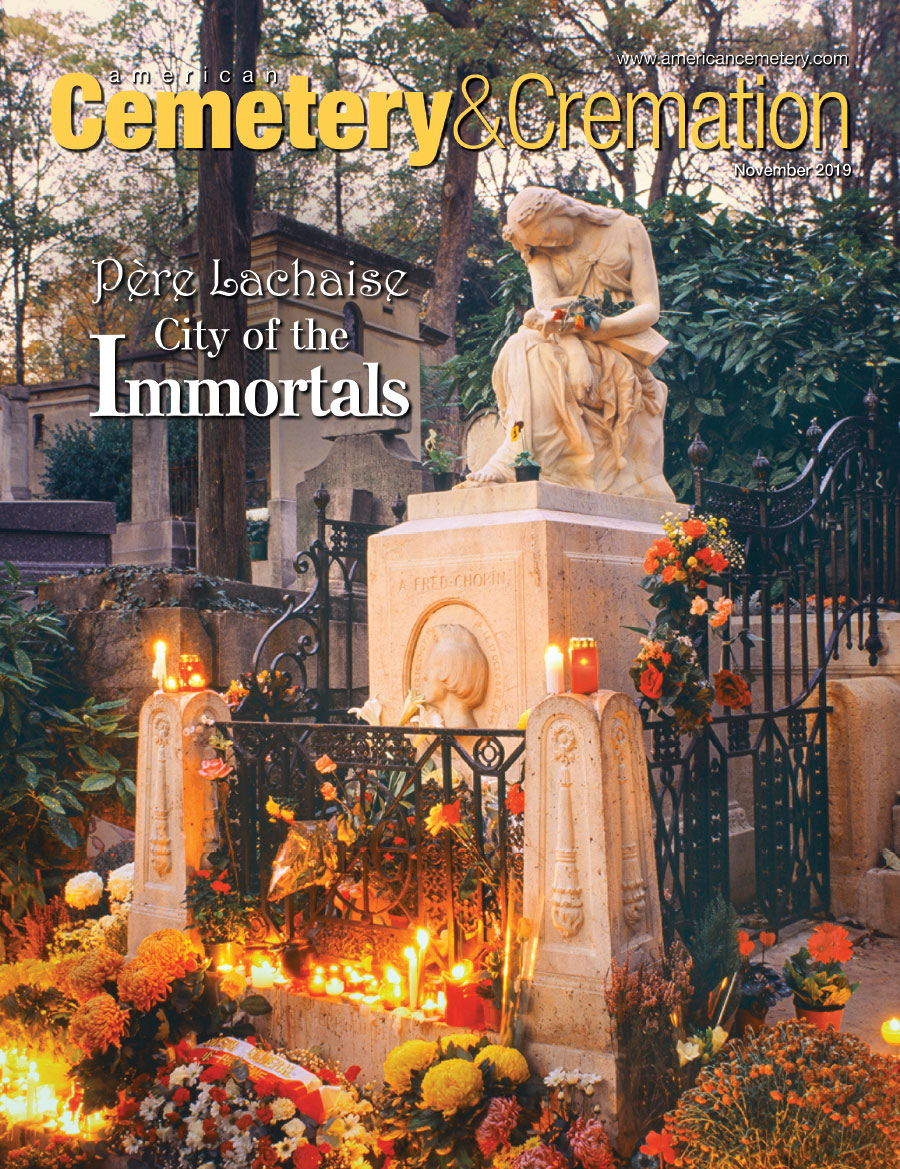 Video excerpts from the presentation by author/photographer Carolyn Campbell at the launch of her debut book, City of Immortals: Père-Lachaise Cemetery, Paris, as part of the City of West Hollywood Arts Division “WeHo Reads” series. The talk/slide presentation included a reading of “Conversations” with Jim Morrison of The Doors and Édith Piaf (there are eight in the book); followed by a lively Q&A session with the audience. The record attendance resulted in Book Soup selling out their entire supply of copies that evening. The book was named #2 on the Los Angeles Times Bestsellers List; #1 Hot New Release on Amazon, and #1 Bestseller Non-Fiction Paperback with Book Soup and Vroman’s book stores.

In grave condition
By Liesl Bradner

In 1981 Carolyn Campbell, a publicist at the Corcoran Gallery of Art in Washington, D.C., took the advice of her mentor, art critic John Russell. Campbell jumped on a bargain flight to France to visit the renowned Père-Lachaise Cemetery to find Oscar Wilde’s tomb.

Once Campbell was there, she realized there was no good way for travelers to guide themselves through the final resting spot of celebrated figures such as Frèdèric Chopin, Édith Piaf, Gertrude Stein, Amedeo Modigliani and Marcel Proust—not to mention the graves of nearly 100 other artists, writers, architects, musicians, dancers, filmmakers and actors.

“The maps they gave out were Xerox sheets,” Campbell said of a 107-acre labyrinth with about 1 million souls buried at the time. The hunt proved frustrating.

That frustration turned into a three-decade project in which Campbell revisited and studied the cemetery, eventually creating an app for Francophiles. Now she and British landscape photographer Joe Cornish have a new book of 100 photographs,…

Read full article →
(website—links to the 10/23/2019 online version of the print article, titled “Oscar Wilde and Jim Morrison live on here: A stroll through Père-Lachaise Cemetery”)

I’ve finished 55 books so far this year, and with some travel coming up, hope to finish off a few that I’ve had queued up for far too long.… This is my recommendation for this October, perfect for Fall and Halloween reading.

Arguably the most famous and most visited cemetery in the world, Père-Lachaise is a 107-acre labyrinth housing an eternal “salon” of luminaries from the worlds of art, design, literature, the performing arts and more.… 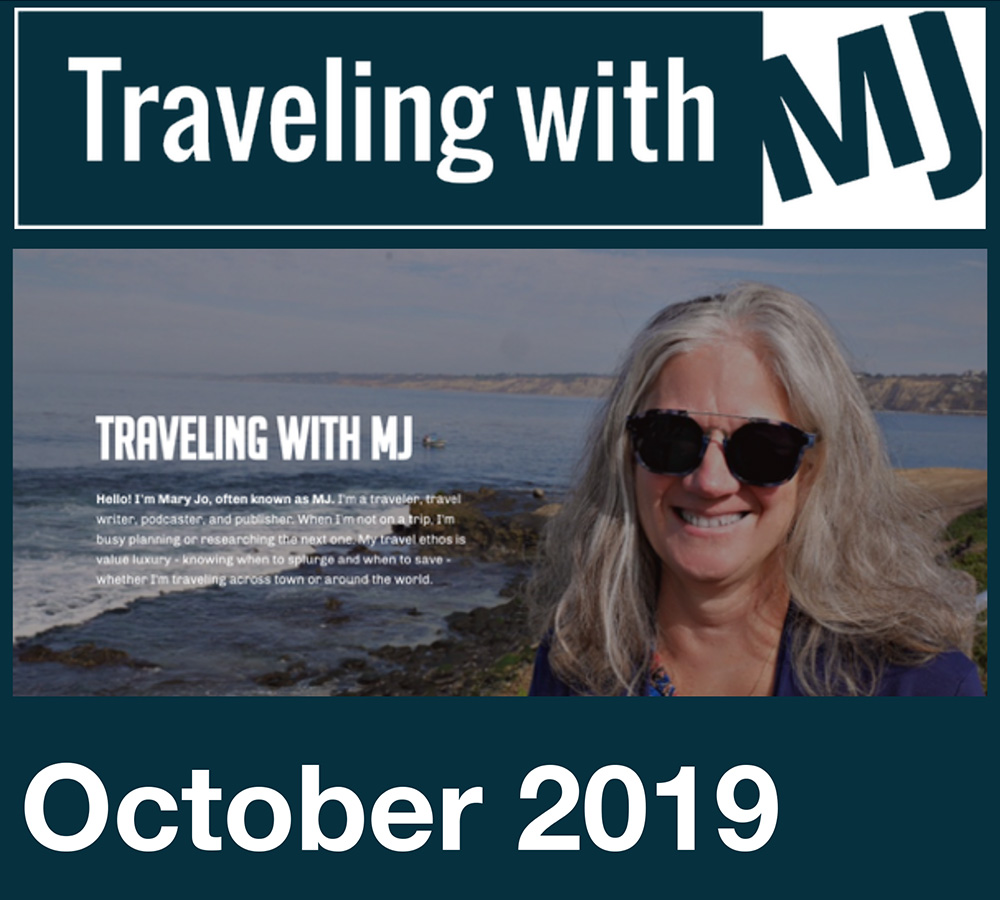 A cemetery like few others
…On my first visit in 1981, I became enthralled with the cemetery’s rich history and artistic significance. Three decades later, I am still captivated by its ever-changing beauty and mystery. In my book, City of Immortals: Père-Lachaise Cemetery, Paris, I am thrilled to share the story of this grandest of all graveyards.

City of Immortals: Père-Lachaise Cemetery, Paris: New Book Celebrates the Rich and Beautiful History of the World’s Most Famous Cemetery

In October 2019, Goff Books will release City of Immortals: Père-Lachaise Cemetery, Paris, the first all-inclusive look at the history of the world-renowned cemetery from its 1804 establishment by Napoleonic decree to the present. Featuring new unpublished material, the book contains over 100 original color photographs, historical lithographs dating from the early 19th century, and a comprehensive illustrated map of the legendary necropolis that draws millions of tourists to the City of Light each year.

“If the word ‘necropolis’ means ‘city of the dead,’ then Père-Lachaise is indeed the City of Immortals. The deceased found within its walls do not rest, but instead live forever,” said author Carolyn Campbell, whose voluminous research and extensive photography of the cemetery over the last three decades gave birth to this new book.…

Where the Dead Come to Life
By Michael Webb

Everything that makes Paris so rich in memories is distilled in the hundred acres of Père-Lachaise Cemetery. Nowhere can you find a more stellar collection of Parisian celebrities from the Middle Ages (Héloïse and Abelard), to such latecomers as Oscar Wilde, and Jim Morrison of The Doors. Angels rise from shady walks to mourn artists whose work endures. Frédéric Chopin, Georges Bizet, Édith Piaf, and Maria Callas supply the music. At every turn you find the tomb of a famous painter (Delacroix and Modigliani), actor (Sarah Bernhardt and Simone Signoret), or writer (Colette and Marcel Proust). The architecture is equally encyclopedic. Romanesque, Gothic, Renaissance, and Art Nouveau crypts are interposed with pyramids and obelisks. A wealth of statuary, bats, skulls, and draped urns make this a place of visceral awe and wonder—especially for artists and architects.… 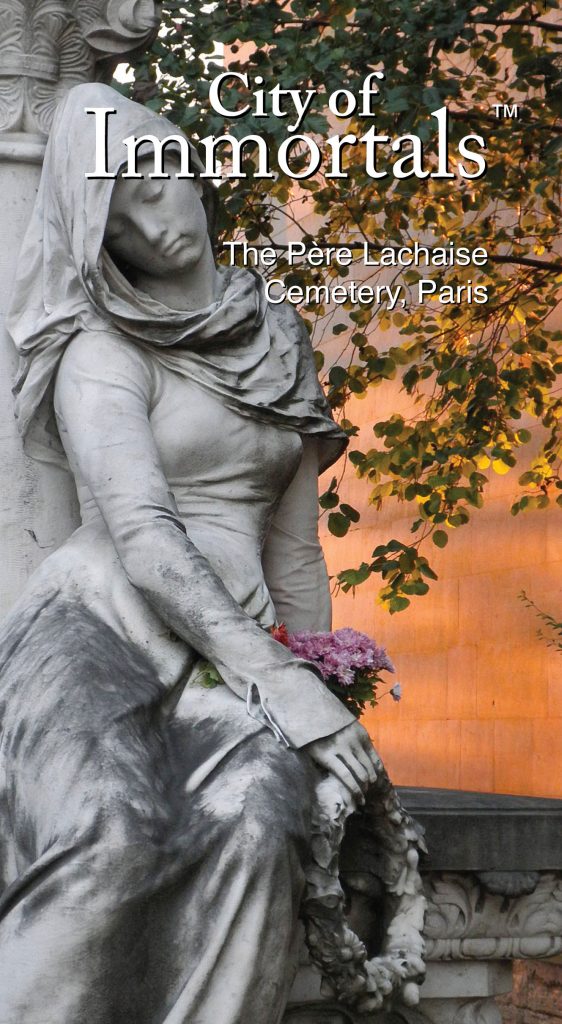 Two French Landmarks Get Some Love from U.S. Fans
By Shana Nys Dambrot

…Here are just two examples of Americans working hard to keep Paris beautiful for everyone to fall in love with. The American Friends of Saint-Germaine-des-Près supports preservation efforts at one of the world’s most beautiful and historic churches. And Los Angeles–based art impresario Carolyn Campbell has collected an archive of photographs and source images, plus three decades of sketches, maps and research, to create City of Immortals, a map and legend of the whole of the Père-Lachaise Cemetery, with a special focus on the artists, writers and musicians interred throughout its 107-acre grounds.…

The Definitive Père-Lachaise
By Laurie Pike

Painter Modigliani. Playwright Molière. Actor Yves Montand. Rock star Jim Morrison. That’s just the ‘M’s. With hundreds of famous people buried in it, Père-Lachaise is not only the most famous graveyard in the world, but it is also, according to the website City of Immortals, a “magnificent open-air museum of sculpture and architecture spanning more than two centuries of art history.”…

If, like me, you haven’t visited since the de rigueur junior-year-abroad pilgrimage to Jim Morrison’s accessorized and graffiti-covered grave, it is time to take another look. Thankfully, a passionate American has set her laser focus on these 107 acres of corpses and copses.… 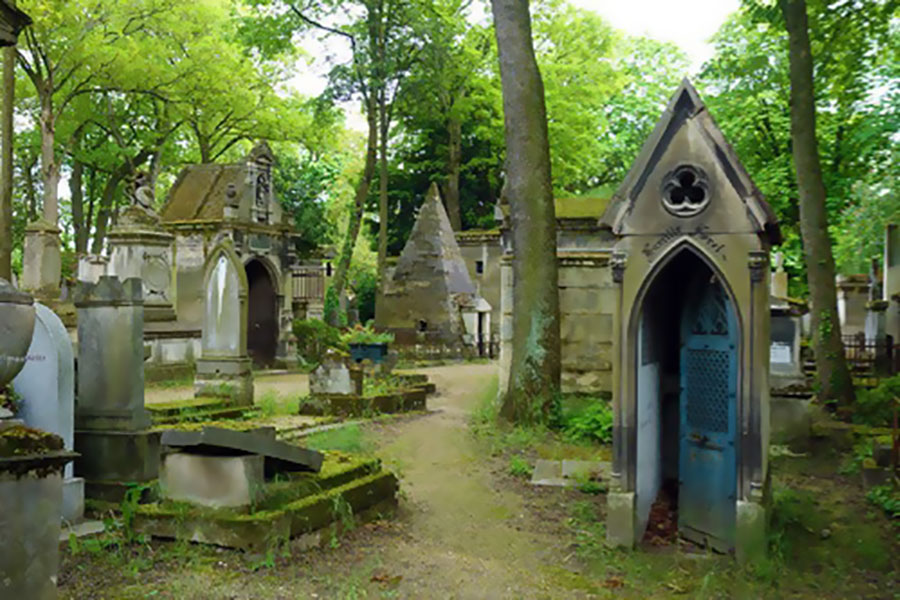 (*NOTE: Regrettably, The Paris Blog has ceased publication. However, you can read the original web article at The Internet Archive.)

The City of Immortals: Carolyn Campbell
By Genie Davis

Los Angeles-based artist and writer Carolyn Campbell is paying tribute to the City of Immortals, the massive and visually astonishing Père-Lachaise Cemetery in Paris.

Launched on November 2nd in time for All Souls Day, Campbell’s project is two-fold: an extensive, beautifully rendered online tribute to the cemetery; and a detailed print map that features three tours, including the resting places of the most celebrated spirits in the park. Both the writing and photography are hers.…

…Los Angeles-based writer and artist Carolyn Campbell’s fascination with it began in 1981, with a bargain flight to Paris and a pilgrimage to Oscar Wilde’s tomb. “I never did find Wilde’s grave on that first trip,” says Campbell. “I was so mesmerized by the thousands of gravesites celebrating greats including Colette, Jim Morrison, Édith Piaf, Isadora Duncan, Frédéric Chopin, and Amedeo Modigliani that I had to return the following year to seek out his monument.” Today, it remains a wonderful obsession for Campbell, and she’s channeled her enthusiasm—and voluminous research and extensive photography—into an online project launching November 2 in commemoration of All Souls Day—City of Immortals: The Père-Lachaise Cemetery, Paris (www.cityofimmortals.com).… 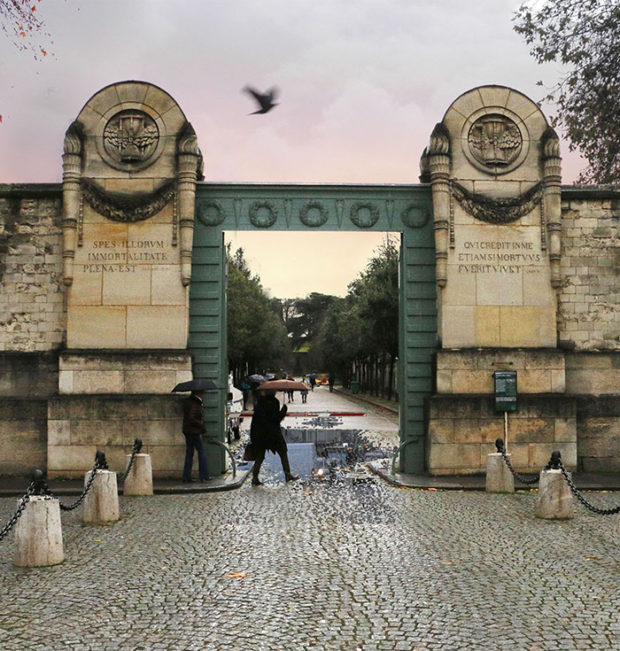